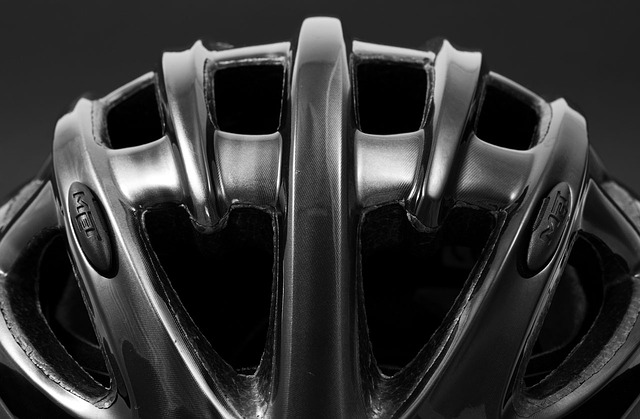 As I got ready for my daily ride this morning, I began gearing up as usual. However, as I picked up my bicycle helmet, a thought came to my mind: “How did bicycle helmets evolve into what they are now?” It’s common knowledge amongst cyclists of any age that helmet wearing is a must. We take for granted the many styles and designs that we have available to us. However, after giving the subject of helmets a bit more consideration, I thought I would research and share the history of bicycle helmets here on the blog for all who are curious or interested.

Although The History of the Bicycle dates back to 1418, the concept for the first bicycle helmet didn’t appear until the 1880s. These helmets didn’t resemble the helmets we’re used to today as these helmets were made from pith. Although it’s most likely the best material that cyclists had at that time, pith is a crushable material that proved ultimately ineffective. The first bicycle helmets as we know them didn’t appear until the turn of the century. The need for sturdy helmets understandably arose when more concrete roads were being built, thereby causing more injuries. In the early 1900s, racing cyclists used a wool padding covered with leather. Similar models continued being produced until the 1970s.

In the early 70s, it was clear that helmets needed restructuring. Head injuries were extremely prevalent amongst bicyclists. Because of this, the Snell Foundation created a bicycle helmet standard in the United States. However, only 2-pound, unvented motorcycle helmets passed regulations at the time.

Finally, after no efficient solution, the Washington Area Bicycle Association formed a helmet committee to test the effectiveness of helmets in test rides in 1974. Most of the helmets available at this time were made from a hard shell and a foam liner. In 1975, more protective and comfortable helmets were being produced by Bell Auto Parts using crushable foam EPS.

The American National Standards Institute made new regulations for helmets in 1984. Ultimately, this cleared out old, hazardous helmets from the cycling market and created new standards for the production of safer helmets. Not long after this, a more modern foam liner made with polystyrene was added to the designs of helmets. Then, in the 1990s, a thin, hard shell was added to the new foam to increase durability.

Since the 1990s, helmets on the market have improved and evolved even more with efficient venting, adjustable straps, and sleek designs. Reports clearly show that helmet wearing has improved the number of bicycle head injuries since the 1970s. Although it isn’t illegal to ride a bike without a helmet in the United States, many states have laws disallowing children and teenagers under the age of 18 to ride without helmets.

I know that I, personally, have had several close calls on the road when I was glad to be wearing a safe, tested helmet. With the access we now have to developed helmets, we’re able to ride safely on the roads with the promise of protection.

For more information, check out these resources: