Last week, I was talking with a young friend who was interested in purchasing his first bicycle. He knew he wanted to grow his passion and become more invested in his newfound hobby of cycling, but he didn’t quite know where to start. As I talked to him and began explaining where to begin, I realized that there were dozens of bicycles on the market to choose from.

I then recognized that it would be incredibly useful for beginners to access a list of types of bicycles. For young riders who are just starting out, being able to peruse a list of different kinds of bikes would help them narrow their search for a bicycle and assist them in discovering a niche.

Without further ado, here’s a basic bicycle glossary of types of bikes.

Standard bikes are typically thought of as old-fashioned bikes. These bicycles are generally single-speed bikes with back-pedal breaks. These types of bikes are great for cruising on flat surfaces and smooth roads over short distances in the city. These bicycles are worst on hilly or bumpy terrain and are not intended for extended rides. 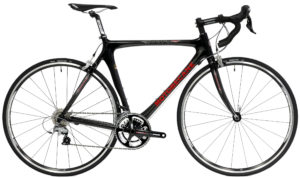 Racing bikes are purely designed for speed on smooth pavement. They are sleeker and lighter in design and cost more than standard bikes. When a rider mounts a racing bike, he or she sits in an aggressive, forward-leaning position. 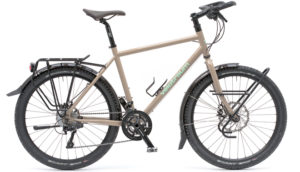 Touring bikes are more robust than racing bikes and are made with mounts for rack and fender attachments. They’re also designed to maximize the comfort of rides and thus have bicycle frames that are more flexible. The handlebars often drop down for convenience.

Mountain bikes are built much differently than standard, racing, or touring bikes as they are meant to withstand harsher terrain. These off-road bikes have compact frames, higher handlebars, and knobby tires. They usually have well-established suspension and disc brake systems to handle uneven surfaces. 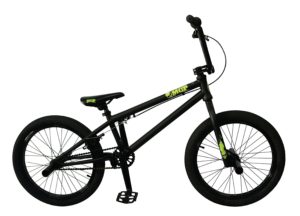 BMX bikes (meaning bicycle motocross) are usually bought by riders who intend on competing in off-road races or stunt riding. They are low-profile, single gear, and have cable operated caliper breaks on both tires.

These bikes are built to accommodate two riders. They include an extra seat and an extra pedal. Tandem bikes are most often used as standard cruising bicycles but some are also built for competitive riding.

Recumbent bicycles are built differently than the rest as they have the rider in a reclined, laid-back position. These bikes are built this way so that the rider’s weight is evenly distributed thus making the ride more comfortable. They can range in construction and are typically categorized by their wheelbase, wheel sizes, steering systems, and front-wheel/rear-wheel drive.

For more information regarding how to choose a bike including specifics about brake systems, gearing, and suspension, check out the article How to Choose a Bike, According to Science on Jen Reviews.