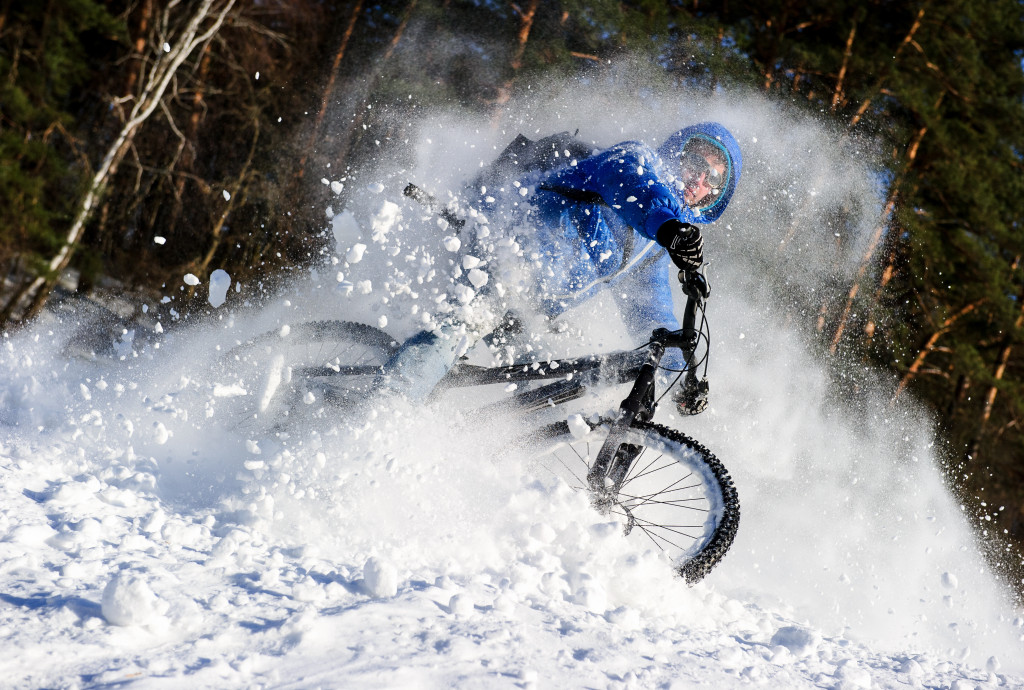 Riding a bicycle has always been a part of most people’s childhood. The first time that one is able to balance on a bike and move a few meters feels like a mountain of achievement. Once you get the power and skills to ride a bicycle the next step for most people is to take a mountain bike and go outdoors for an adventure.

The Mountain Bike Is Invented

There many people who claim to have invented the mountain bike, and some of them have a genuine claim to this since they created bikes that had similar features to the mountain bike. However, the invention of this bike is usually credited to John Breeze. In 1978, John Breeze built the first bike that was purposely meant to be used in mountainous areas and rough terrain.

Another notable name in the invention of this bike is Tom Ritchey who made frames for the mountain bike for a company called MountainBikes which he co-owned with Charlie Kelly and Gary Fisher. Although the modern day mountain bikes used for downhill racing have more advanced features and the design has changed significantly the concept behind these bikes is still based on the work of the first creators of the bike.

The history of downhill mountain bike racing goes way back to the 1970’s in California, USA. Here the members of a club (Velo Club) in Mount Tamalpais came up with a mountain bike race that is generally considered to be the first competitive mountain bike downhill race.

The club named this race Repack Downhill Race and it was practiced annually between 1976 and 1979. This race was held at the Golden Gate Bridge starting at San Francisco. In the first year, the Repack Downhill Race competition did not attract as many riders as the club had expected but as word got out more and more riders came for the races in the following years.

Although most riders were from the California area, there were a significant number of riders from all across the USA. Soon this race attracted the attention of the media, and so it got the exposure and advertisement it needed and by 1979 during the last race the number of participating riders had increased tremendously.

The Evolution of Competitive Downhill Racing

As word got out of the incredible downhill race held in California, it was only a matter of time before riders in other parts of the USA and the world came up with their version of this race. Since this was a relatively new sport, most riders who had mountain bikes practiced it just for fun and competed amongst friends and not at a professional level.

Although the Repack Downhill Race had opened the way, it would be quite some years before other similar tournaments were used. The mountain bike will, however, go through a rigorous transformation and by the time the next notable competition the Downhill World Cup was held the downhill racing mountain back had changed a lot.

However, there were many variations of this bike because almost each region had its style of downhill mountain bike. This difference can be attributed to the fact that there were also many enthusiasts who were keen to put it their ideas on how the ideal downhill bike should look like.

When the Repack Downhill was discontinued in 1969 two of its principal organizers, Gary Fisher, and Charlie Kelly went on to form a company called MountainBikes. The name of their new company would also go on to be adopted as the name of the sport. This game grew enormously during the 1980’s, and this led to the development of specialized bikes designed for downhill racing in the 90’s.

Due to the challenging nature of downhill racing riders from other disciplines of cycling began switching to downhill racing which gave it a much-needed boost. The biggest breakthrough for this race, however, came in 1990 when it was included in the UCI Mountain Bike Championship held in Durango, Colorado.

The first World Cup Downhill took place in 1993 but since then the game has transformed a lot. It is the wish of all downhill riders whether they are professionals or armatures to participate in the world cup.

During the few years that it has been in existence, it has created many legends, and many records have also been set. Some of the famous names from the world cup are Nico Vouilloz, who won the first race and Jurgen Beneke, who won the series in the same world cup. Of the two Nico went on to become the most famous as he won many more downhill races after this world cup. Nico continued to dominate these races for a couple of years but was soon replaced by younger talents. In this modern era, each world Cup Downhill brings up new stars. Unlike a few decades ago it is now very hard for one or a few riders to dominate the World Cup races as there is always new talent coming up.

The Future of Downhill Mountain Biking

The history of downhill mountain bike racing might not be as long as that of other sports. But for the few years this sport has been around it has managed to cement its place as one of the most popular sports in the globe.

As new bikes continue to be developed and as race organizers plan their competitions on terrains that nobody would have imagined people racing in the future of this sport is bright. In recent years, there has been a debate on whether the game should be included in the Olympics or not. If the popularity of the sport is anything to go by this will probably be a reality soon.